Страница 265
The conciliatory disposition of the government was stated , and its repeated
efforts to obtain a peace were enumerated . It was particularly observed that in
1790 , when a treaty was proposed at the Miamis villages , the Indians at first
refused to ...
Страница 400
Commander in Chief of the American Forces During the War which Established
the Independence of His Country, and First President of the United States John
Marshall. richest and most extensive settlements of the western Indians lay about
...
Страница 32
Operations Against Indians by Wayne , II , 38 Outbreak of Creek Indians , II , 180
Dissatisfaction of Creek Treaty , II , 236 Germantown , Battle of , I , 197 , sqq .
Girard , Sieur , French Ambassador to the United States , I , 327 Governments ,
State ... 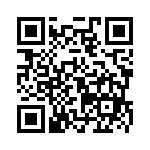