Ńňđŕíčöŕ 132
If we are asked what we are fighting for to-day, no doubt it is partly, now as then,
for what Pitt defined in one word, 'security.' But, now as then, that is far from being
all. If it were all, we should not have the Allies we have ; we should not be ...
Ńňđŕíčöŕ 230
the force opposing the Russians in that region, About the same time the expected
Turkish reinforce. ments appeared in strength between Erzerum and Erzingan,
with the result that for several weeks there was severe fighting in this region, the ...
Ńňđŕíčöŕ 578
After prolonged and heavy fighting, Bothmer's left wing was pressed back beyond
the Zlota Lipa, and his right flank was thrown across the Dniester at Halicz, where
he destroyed the bridge. On Sept. 6 the Russians were bombarding Halicz, ... 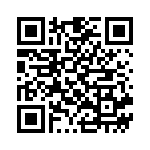