Ellen Ecker Dolgin is a professor and Chair of English and Co-Chair of Gender Studies at Dominican College in Orangeburg, New York. She is Vice President of the International Shaw Society and former President of the Northeast Modern Language Association. 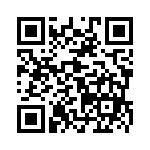