I've had this book for a couple of years and I always go back to read a story I haven't gotten to yet. Some of my favorite Lovecraft tales are included -- The Rats In The Walls, The Dunwich Horror, and the Colour Out of Space. Ďđî÷ĺňĺňĺ ďúëíŕňŕ đĺöĺíçč˙

I would particularly recommend this volume to readers, not only because the chosen stories are particularly indicative of Lovecraft’s style, but also because of the excellent annotations of S.T. Joshi ... Ďđî÷ĺňĺňĺ ďúëíŕňŕ đĺöĺíçč˙

Almost completely ignored by the mainstream press during his lifetime, H.P. Lovecraft (1890-1937) has since come to be recognized as one of the greatest writers of classic horror, on a par with Edgar Allan Poe, Lovecraft's mentor. H. P. Lovecraft's work has been translated into more than a dozen languages, his tales adapted for film, television, and comic books, and he has been the subject of more scholarly study than any other writer of horror fiction save Poe. 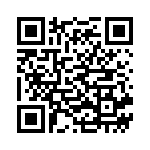