Ńňđŕíčöŕ 140
We have had many people here : Saracens , Turks , Venetians , French , Germans , English . . . . " " And in the 1821 rebellion , what happened ? " " That was the time when the Turks were retreating from Réthymnon .
Ńňđŕíčöŕ 167
They took the Perry Mason Show , for instance , and dubbed it in Arabic , only to receive vehement protests from viewers insisting that it should be in English . They are extremely sensitive to viewers ' reactions , though nobody can ...
Ńňđŕíčöŕ 405
The champion had preferred to fight another day , and now , as the new white hope of ' The New English Weekly , ' the unknown challenger from across the Irish Sea , all I saw standing beside me holding a teacup was not the mountain of ... 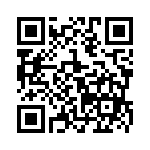