Ņōðāíčöā 133
Therefore his sisters sent unto him , saying , Lord , behold , he whom thou lovest is sick . When Jesus heard that , he said , This sickness is not unto death , but for the glory of God , that the Son of God might be glorified thereby .
Ņōðāíčöā 167
When Peter wished that suffering and the death might remain far from his beloved leader , Jesus rebuked him as being a tempter , speaking the language of the body and of time rather than of the soul and of eternity .
Ņōðāíčöā 188
When he could , Jesus blocked their attempts to inflict the death penalty , as in the case of the woman taken in adultery . Since he seemed to them an influence which undermined morality , and since they believed in prompt and violent ... 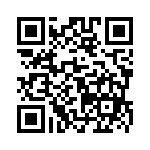