Kermit L. Hall is Dean of the College of Humanities and Executive Dean of the Colleges of the Arts and Sciences, as well as a Professor of History and Law, at The Ohio State University. An expert in American constitutional and legal history, he is the Editor-in-Chief of The Oxford Companion to the Supreme Court of the United States, which won awards from the American Bar Association, the New York Public Library, and the American Library Association, and of the forthcoming Oxford Companion to American Law. He lives in Columbus, Ohio. 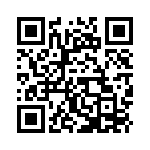