Ńňđŕíčöŕ 90
Instead , plaintiffs In The Cout of Common Pleas of chose solely to argue that under the York County , Pennsylvania , January cases they cite the court's reliance on Term , 1973 , Murder , Manslaughter No. Soltis v .
Ńňđŕíčöŕ 116
On July 18 , sentence on August 13 , 1972 , of 14 years 1972 , defendant filed with the Philadelto 5 years in a State Correctional Instiphia Court of Common Pleas , a motion tution , is a legal one . It is within the for a rehearing and ...
Ńňđŕíčöŕ 175
R.C.P. 213 ( a ) which provides : the court granted in order to speed litigation , “ When actions involving a common having satisfied itself that the parties would not be prejudiced by consolidation . question of law or fact are pending ... 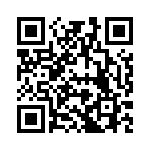