A masterful survey of the origins, development, nature, and decline of the trade in African men, women, and children, drawing heavily on original sources. Thomas (Conquest: Montezuma, CortÇs and the ... Ïðîũåōåōå ïúëíāōā ðåöåíįčĸ

I had to abandon this book about four hundred pages in as I just couldn't take the pedestrian style any longer. With such a subject I had presumed the writer would have a wealth of interesting ... Ïðîũåōåōå ïúëíāōā ðåöåíįčĸ

Hugh Swynnerton Thomas was born in Windsor, England on October 21, 1931. After studying history at Cambridge University, he worked at the British Foreign Office and was secretary to the British delegation at major disarmament talks. He lectured at the Royal Military Academy in Sandhurst, Britain's premier officer training establishment. From 1979 to 1990, he served as the chairman of the Center for Policy Studies, a right-wing policy institute. He was an unofficial adviser to Margaret Thatcher during the Falklands war against Argentina, enlisted because of his deep knowledge of South America. He wrote numerous fiction and nonfiction works. His novels included The World's Game, The Oxygen Age, and Klara. His nonfiction books included Cuba: The Pursuit of Freedom, A History of the World, Rivers of Gold, The Golden Empire, and World Without End. The Spanish Civil War won the Somerset Maugham Prize in 1962. He was made a life peer in 1981 as Baron Thomas of Swynnerton. He died after having a stroke on May 7, 2017 at the age of 85. 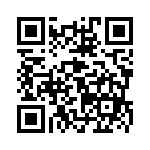