Ńňđŕíčöŕ xiv
To discern its boundaries , to discriminate the false from the true in it , is a task
which itself demands a trained faculty and a sound judgement . And this demand
, which is made on us when we study Coleridge ' s literary criticism , is just one of
...
Ńňđŕíčöŕ 164
164 ANCIENT HISTORIANS : GIBBON nothing is real , vivid , true ; all is scenical ,
and as it were , exhibited by candlelight . And then to call it a History of the
Decline and Fall of the Roman Empire ! . Was there ever a greater misnomer ?
Ńňđŕíčöŕ 184
And let me remark that this will not tend to produce despotism , but , on the
contrary , true tolerance , in the critic . He will , indeed , require , as the spirit and
substance of a work , something true in human nature itself , and independent of
all ... 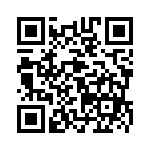