—ÚūŗŪŤŲŗ 129
If the Vedic hymns are , as represented by Western scholarship , the ritualistic
compositions of joyous and lusty barbarians the Upanishads have then to be
conceived as ď a revolt . . . against the ritualistic materialism of the Vedas ' . From
both ...
—ÚūŗŪŤŲŗ 284
For I was left free to attribute their natural psychological significance to many
ordinary and current words of the Veda , such as dhi , thought or understanding ,
manas , mind , mati , thought , feeling of mental state , manīşā , intellect , rtam ,
truth ...
—ÚūŗŪŤŲŗ 360
Many centuries after the Vedic age , Western scholars and their modern Indian
counterparts tackled the Veda by making full ... In this new light the Vedic
hymnology has come to be interpreted as part superstition , part poetry , part
allegory of ... 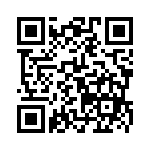