Ńňđŕíčöŕ 31
That for the ease and convenience of the people of Frederick county , there be
three different places of election ; that the said county be divided into three
districts , to wit , upper , middle , and lower ; the upper district to be bounded by
the south ...
Ńňđŕíčöŕ 77
On motion , Resolved , That the several counties in this province be divided into
the following districts , to wit : St. Mary's , Charles , Calvert , and Prince George's
counties , into one district . Anne Arundel , Baltimore , and Harford counties , into
...
Ńňđŕíčöŕ 114
That the freemen , and others , entitled to vote for delegates in convention , by the
resolves of the last convention , meet a Skipton , in the said district , on a day to
be appointed , and choose by ballot one discreet and sensible freeman of the ... 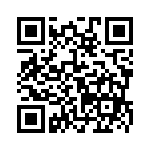