—ÚūŗŪŤŲŗ 60
The individual , who is the base and nucleus of society , nation and the world ,
should necessarily be the starting - point , the pivot . The realisation of the Spirit
within him , and his unity in substance with the Divine , endows the individual
with a ...
—ÚūŗŪŤŲŗ 36
Like the individual , the society has an organic growth , like the former the latter
too has its soul , mind and body , although less distinct and bounded and in a
more fluid and flexible state ; and , on the physical plane , as Herbert Spencer ,
the ...
—ÚūŗŪŤŲŗ 37
collectivistic - and the exclusive stresses on one or the other , with varying
degrees ; on one side where the emphasis is primarily on the individual and on
the other where , to quote Lenin , he is nothing more than ď a multitude of one
million ... 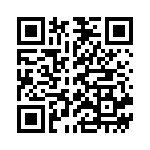