Michael Lynch is Distinguished Professor of Biology at Indiana University. He received his B.S. in Biology from St. Bonaventure University, and his Ph.D. in Ecology from the University of Minnesota. Dr. Lynch has served as President of both the Society for the Study of Evolution and the American
Genetic Association, and is a past council member of the Society for Molecular Biology and Evolution, and a fellow of the American Academy of Arts and Sciences. His research is focused on mechanisms of evolution at the gene, genomic, cellular, and phenotypic levels, with special attention being
given to the roles of mutation, random genetic drift, and recombination. 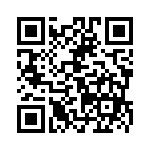