Goldschmidt is an expert in evolutionary biology, with a particular interest in cichlids, a small perchlike fish. He gave his book its title because the cichlids of Africa's lakes are the "aquatic ... Прочетете пълната рецензия

Wonderful and interesting. You can visit http://www.unn.edu.ng/ or unn.edu.ng or portal.unn.edu.ng for books such as this. 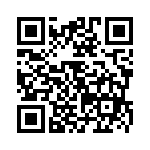